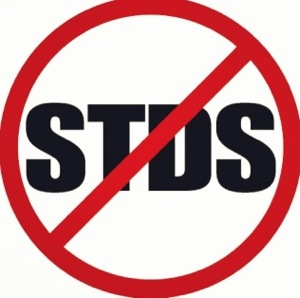 I get it. It’s fxcking scary. No one wants to walk into a clinic and walk out knowing they’ve been burnt and what’s worse, most people probably wouldn’t even know where to begin looking for the person they got it from.

With Valentine’s Day quickly approaching and more casual sex happening than ever these days, we’ve decided we’d like to focus on a very important topic today. Getting tested is one of the easiest things to do, yet so many of us fail to comply. If you have sex, you NEED to get tested. Period. Can you believe there are people in this world who have NEVER been tested in their life. I don’t know about you, but clearly as you may have learned about me in The Sextionnaire,  I’ve had my fair share of partners and my guess is that most of you who are reading this have too. Don’t be ashamed. That’s totally fine. It’s your life and you deserve to have whatever sexual freedoms that you desire. Also, if you’ve “only been having sex with one or a few people” don’t think you can’t be subject to the same risk that those of us who’ve become ‘experienced’ face. The important thing about that kind of decision no matter how many partners you have been with is taking the proper precautions.

Ladies, we have to be ten times as careful as men because most times when we contract an STD the symptoms are hardly recognizable. You could go a very long time without ever even knowing you’ve been infected. Something else to keep in mind is that as many women lie about there body count, the man that wants to get in your pants is likely going to do the same to you. So, let’s look at this scenario:

Girl lies to Boy about how many partners she’s been with because she likes him and doesn’t want him to judge her. He then lies to her about how many partners he’s been with because he wants to get in her pants. They are both successful in their lies, they have sex. Time passes. Boy then meets you and really likes you. You are really feeling him, you guys get in a relationship. Of course, throughout that relationship, you guys have sex. The relationship is prospering wonderfully, in fact, you may think he’s the one. One day, Boy gets a call from Girl who says she got a call from a clinic that she’s been named as a partner from someone (who remains anonymous) that has an STD. She is tested positive. She then has to name the people she’s had sexual relations with–that’d be Boy included. Boy now has to get tested, which means YOU could be infected and need to get tested. You get where this could go… It doesn’t take much and you don’t want something as horrible as an STD being the reason your life or relationship falls to shambles.

Again, like I said… I know it’s scary. You don’t have to go alone. Go with your partner. Talk about the possible outcomes and what it would mean for you both if things don’t turn out the way you’re expecting. Remain positive. Do not judge and be SUPPORTIVE of each other. Make sure that you both agree to make the results confidential and free of judgment. Take pride in the fact that both of you are doing something that many people never grow the balls to do. You’ll feel so much better about yourself knowing your results; whether good or bad, simply knowing will be such a relief. Don’t forget that many STD’s can be treated. It’s not the end of the world. If, God forbid, you find that you have contracted an incurable STD, there are plenty of resources that the clinic you go to will be able to offer you. You will be able to get through it.

Get tested today. Don’t give yourself any excuses. If you’re not sure how to go about finding a clinic. Google is a click away. You can do this. You’ve got my support.

Inside the mind of a Bohemian Goddess..

Welcome from the Editor

Peace everybody! Thank you for your visiting TGC. This blog was created on a whim and has now become a written account of my purpose in life. We're here to motivate. We're here to inspire. We're here to cultivate a spirit of freedom and peace. All I'm asking is for you to read the first three lines of anything you see on this site. Click on something--anything [please]. You won't be disappointed. Peace and love, good people.

Search For An Entry